T.V. fakery analyst and dedicated to getting the truth out

Submitted by ewing2001 to 911researchers

9/11 was War of the exoWs, obviously "testing" all of them.
'Jones at Rosie' would continue the "Thermite Hangout" and improve the LooseChange/Cuban PR scam.
Iran 'threat' just a convenient smokescreen for left wing, (neo-)larouchians
and average anti-war dupes, to distract from exoW, "WW4/5" with 'Eurasia' with help of StarWars programs of U.S., Russia and China.

The evidence of the use of "Directed Energy Weapons" is just the
Tip of the Iceberg.
Most obviously, any kind of additional exoW could have been 'in the mix' on 9/11,
potentially hangouting against each other, once 'detected'.

As already reported, Professor Steve(n) E. Jones worked
on Sonolumiscence (see below), one of many potential 'future energy programs',
which had been weaponized instead.
He also covered up a 'free energy' project in 1989,
which was later turned into a weaponry program as well,
at least in Asia.

Meanwhile documents prove, that the U.S. established many exoW company start-ups in time *before* 9/11,
one of them also specialized in AntiMatter Weaponry, as described below.

'Traitor' Steven Jones was furthermore guest visitor at KEK, Japan.
This institute is in "competition" with the U.S. since decades
on "neutrino weaponry" -against Nuclear Weaponry!

It is Fermilab (Chicago) VS. KEK (Tsukuba, Japan)!

http://en.wikipedia.org/wiki/Steven_E._Jones
"...He was the principal investigator for experimental Muon-catalyzed fusion from 1982 to 1991 for the U.S. Department of Energy...

Jones has also been a collaborator in several experiments, including experiments at TRIUMF (Vancouver, British Columbia), The National High Energy Laboratory, KEK (Tsukuba, Japan), and the Rutherford Appleton Laboratory at Oxford University...."

The importance of neutrino weaponry is immense,
because they could potentially destroy nuclear weaponry.

Did an additional Neutrino Weapon "Test" took place on 9/11?

Furthermore:
Was an AntiMatter Weapon responsible for the 'wipe' of the 'spire' and the "slice"
of WTC 7?
http://www.motorsportsartist.com/911truthiness/?p=68

How many more exoW of any kind have been used on the morning of 9/11?

http://physicsweb.org/articles/news/7/5/7
Could neutrinos destroy nuclear weapons?
13 May 2003
"...Physicists at the KEK laboratory in Japan and the University of Hawaii have proposed a “futuristic but not necessarily impossible technology” that would use an ultra-high energy neutrino beam to destroy nuclear weapons...
...In 1999 the first so-called long-baseline neutrino oscillation experiment, K2K, involved sending a neutrino beam from KEK to the Superkamiokande detector 250 km away. There are plans underway to send a neutrino beam from Fermilab to the Soudan lab in Minnesota, 710 km away and from CERN to Gran Sasso in Italy, 730 km away..."

see also "fermilab":
"...In July 2000, Fermilab experimenters announced the first direct observation of the tau neutrino, the last fundamental particle to be observed. Filling the final slot in the Standard Model, the tau neutrino set the stage for new discoveries and new physics with the inauguration of Collider Run II of the Tevatron in March 2001... 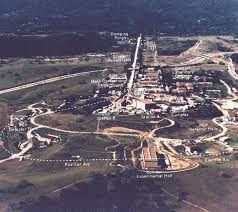 ...The team, working on the detector known as BABAR at the Stanford Linear Accelerator Center (SLAC) in California,...

http://www.triumf.info/public/about/mission.php
Canada's National Laboratory for Particle and Nuclear Physics
"...TRIUMF has formulated a plan for its activities to the year 2010..."

US claims that China has used lasers to attack satellites
http://www.janes.com/defence/air_forces/news/jdw/jdw061016_1_n.shtml
16 October 2006 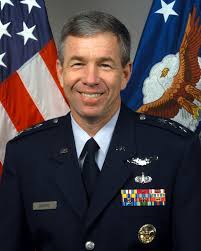 German Defence Minister Franz Josef Jung on March 2 said US plans for a European-based anti-missile defence system should become part of a wider NATO framework, a move which could ease current Russia’s security concerns over the initiative...

The German defence chief’s comments reflect European concerns that US plans to establish an anti-missile system in the Czech Republic and Poland are further straining European and US relations with Russia. Washington has repeatedly said that the plan is directed at so- called “rogue states” like Iran and North Korea.

However, Russian President Vladimir Putin last month denounced the initiative as a threat to Moscow’s security and said Russia would counter the defence shield with a similar system...

...Lieutenant General Henry Obering, director of the United States Missile Defence Agency, told a high-powered meeting of security and defence experts in London that it would be “prudent” for European countries to join a US-backed anti-ballistic defence system, also known as “Son of Star Wars.”...

BRUSSELS -- The United States will explore ways to cooperate with Russia on missile defenses at high level talks next month, the U.S. ambassador to the alliance said Thursday, as Washington seeks to allay Moscow's concerns plans to extend America's strategic anti-missile shield to Europe...

...The director of the U.S. Missile Defense Agency, Lieutenant General Henry Obering, is scheduled to address the April 19 talks at NATO headquarters in Brussels....

"...ARA is also at the very epicenter of the development of Directed Energy Weapons.
DEW may be the very core of ARA’s business, with all other business matters being of secondary importance to ARA.

That information was not disclosed to the public by NIST to our knowledge.

One example serving to illustrate the centrality of ARA to the development of Directed Energy Weapons is the following statement from ARA's website: